How much it will be in BTC? Or how much BTC I will get? With our convertion tool you can convert Bitcoin to any currency in the world. Also we offer conversion to the most popular cryptocurrencies. Use the form below to select source and destination currency, enter an amount and press CONVERT button. Our currency market data is refreshed several times a day from different sources to ensure the most accurate and up-to-date rates. 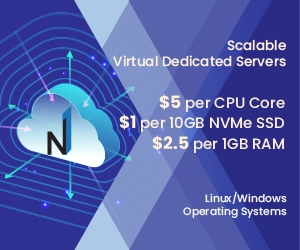 Bitcoin (₿) is a decentralized digital currency, without a central bank or single administrator, that can be sent from user to user on the peer-to-peer bitcoin network without the need for intermediaries. Transactions are verified by network nodes through cryptography and recorded in a public distributed ledger called a blockchain. The cryptocurrency was invented in 2008 by an unknown person or group of people using the name Satoshi Nakamoto. The currency began use in 2009 when its implementation was released as open-source software.

Bitcoins are created as a reward for a process known as mining. They can be exchanged for other currencies, products, and services. Bitcoin has been criticized for its use in illegal transactions, the large amount of electricity (and thus carbon footprint) used by mining, price volatility, and thefts from exchanges. Some investors and economists have characterized it as a speculative bubble at various times. Others have used it as an investment, although several regulatory agencies have issued investor alerts about bitcoin. In September 2021, El Salvador officially adopted Bitcoin as legal tender, becoming the first nation to do so.

The word bitcoin was defined in a white paper published on 31 October 2008. It is a compound of the words bit and coin. No uniform convention for bitcoin capitalization exists; some sources use Bitcoin, capitalized, to refer to the technology and network and bitcoin, lowercase, for the unit of account.

The unit of account of the bitcoin system is the bitcoin. Currency codes for representing bitcoin are BTC and XBT. Its Unicode character is ₿. One bitcoin is divisible to eight decimal places. Units for smaller amounts of bitcoin are the millibitcoin (mBTC), equal to 1⁄1000 bitcoin, and the satoshi (sat), which is the smallest possible division, and named in homage to bitcoins creator, representing 1⁄100000000 (one hundred millionth) bitcoin. 100,000 satoshis are one mBTC.